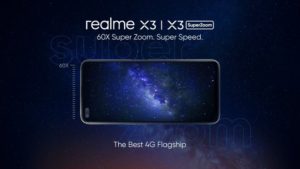 Along side the phones Realme also launched its TWS buds designed by Jose levy. The company claims a total of 20 hours playback if one considers the case. The buds come with 10mm Bass Boost Driver with ultra light body eight of  just 3.6 grams. It also has touch controls with can be customized through Realme link app. It is available in three colour variants Quite Black, Quite Yellow and Quite White.